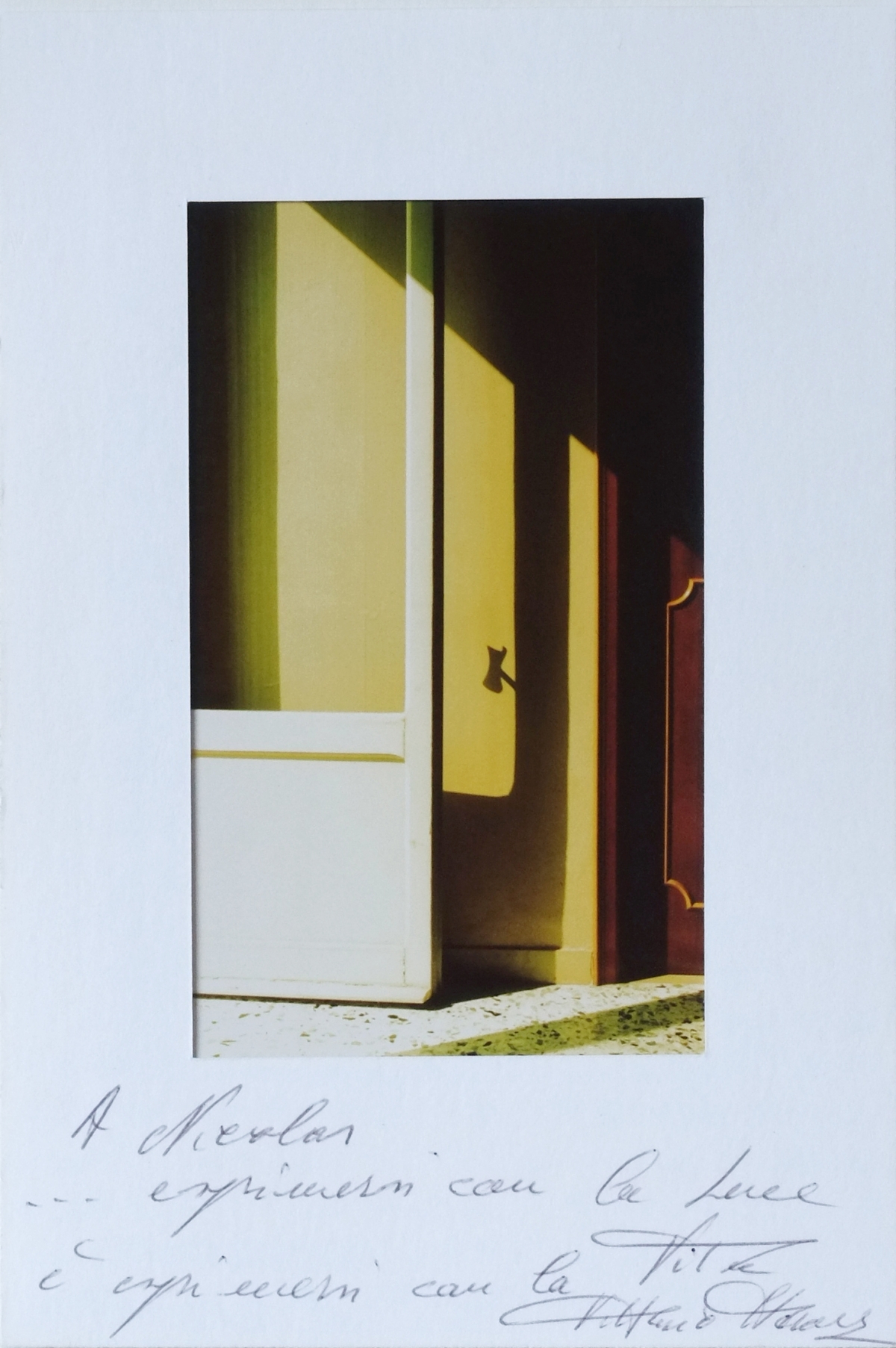 Light and Life
An encounter with Vittoria Storaro

While studying in italy at I.S.I.A Urbino, one day my fellow students decided to go to a public lecture at the nearby university although they would have had to attend courses at their institute at this time. As an absence regarding the courses at I.S.I.A. had been disciplined quite hard (in surprising contrast to the stereotype of »dolce vita«) I had been curious about this event, because my fellow students deliberately decided to take the risk of being exhorted for their missing of courses. As I did decide spontaneously to join them, I had no idea, what the lecture would be about, I only had a vague expectation of seeing a »photographer« talking about light.

The lecture auditorium had been crowded, the audience seemed to expect an outstanding talk from the man I did neither know the name or his real profession at that moment.

I did like the lecture quite a lot. On the one hand there were lovely examples of light in movies. On the other hand, particularly, I did appreciate a lot his words about life, e.g. he did stress that in his teachings, the encounter with students is the central thing, not technical aspects. The only thing that seemed a bit strange to me had been the fact, that he did talk several times about famous actors like Marlon Brando, as if they were his best friends. At that moment I thought, the man is only a writer who had published books about light, making a »sales-tour« for his books and it would be quite inept to talk in that way about these famous movies and actors.

However, I had been really moved by him and decided, what I had never done before, to enter the stage after his lecture to talk to him. A few days earlier I had done »meriggio« and I had the strong feeling to ask him for some lines, because making these images in Urbino meant a lot to me, particularly my investigations regarding light through watching the landscape with changing light situations for hours.

The man had been incredibly gentle to me. I had been quite bad in speaking italien at that time, and tried to just thank him for his considerations about light and life. He listened carefully.

When I did read the lines I had been moved a lot, because making art has been always related to me to the awareness of caducity, so, light actually means »life« for me. I did thank him the best way possible for me. He looked very long in my eyes with a gentle, unforgetable gaze and said: »I do thank you.«

After this »stage-entering«, what had been also a quite embarrasing act for me, because no one else did ask him for something, I went back to I.S.I.A. with my fellow students, having the feeling, something was strange with them. When I said, that this had been incredibly moving but also embarrasing, and particularly, mentioning that I did find it quite strange, that this »writer« had been talking about Marlon Brando as if they were best friends, but I did like him anyhow, my fellow friends did literally stop me walking – and told me who did write me these lines: Vittorio Storaro

Precious moments. This famous man, being so incredibly gentle and kind in a movingly unpretentious way.

I kept and keep this moments as a precious treasure inside.

I did meriggio on one of my extended walks through the amazing landscape. The work has been done with this beautiful view on the monastero di santa chiara, at a house of my fellow students.

See also the subtle relation between meriggio and the wall-triptychs, a series, planned since 2015 and started 2018. The wall-triptychs are long-term studies in composition, involving intervention and interaction related to spatial and social environments: landscapes, urban spaces, online spaces.