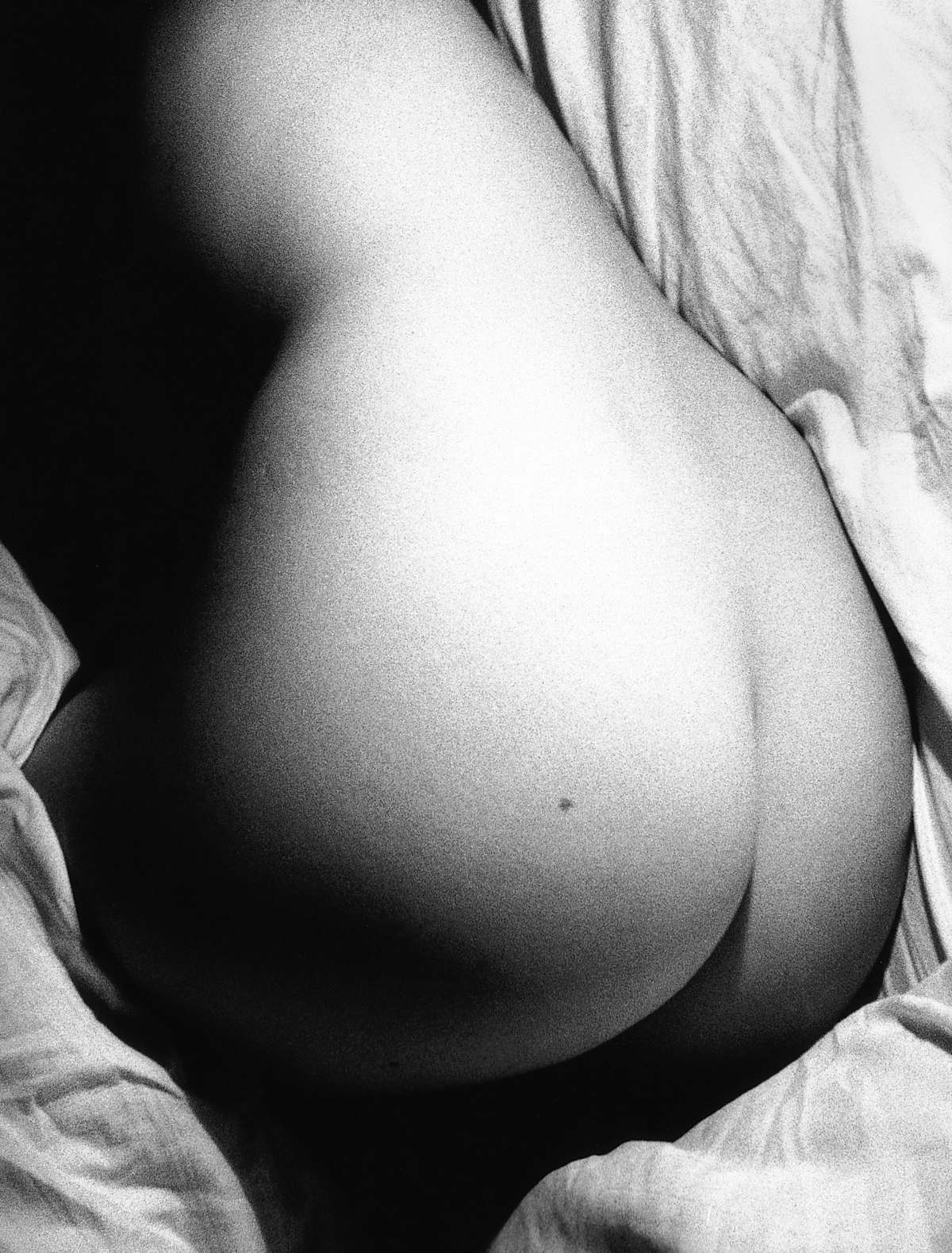 Seminal work regarding the first appearance of the human figure in a more direct and sensual way. From around 1993, like other first photographical works done around this time. See figure in movement and other works done in Paris. Regarding my walking practice through Paris and also later images, the human figure has been only present as a quite formalized figure or indirect through an absence, see e.g. station, rue du sabot or raum. These solutions through formalization or absence had been for quite a long time my central ways to express my investigations in the human figure. Only later, through Variations IX there has been opened a path and an experimental system has been established for a more direct form of investigating the human figure.

nude / figure has never been about nudity so much for me, way more about composition and light. Regarding its somehow iconic quality (in the sense that this work stands rather on its own related to my other works) comparable with plant. See particularly my notes on popularity and elitism, discussing some aspects related to problems regarding the relation between composition and concept.