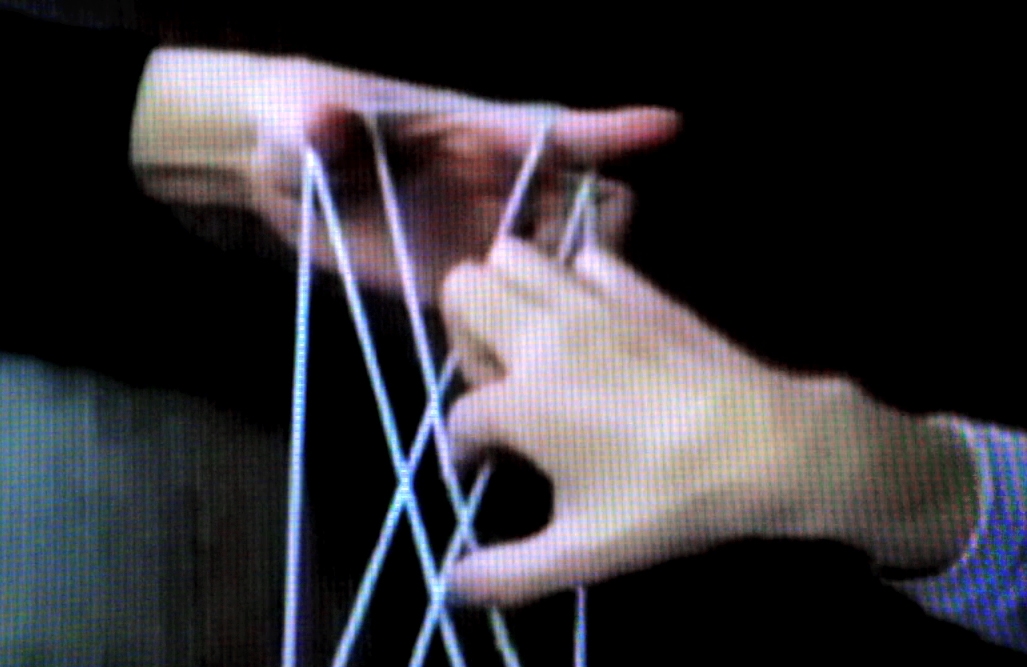 The work exemplifies the core motif of »figures in movement« through an ambiguous entanglement of philosophical and sensual aspects. girl's game shows in a metaphorical way the processes involved in our practice of exchanging and creating concepts. Concepts can be understood as an ability of discrimination. A concept is a simplification of complexity for practical reasons. Regarding our interactions, there is much more involved than the aspects we can recognize on a conceptual level. We should be aware of the complexity and beauty beyond conceptual understanding. Through an interaction we challenge our concepts, we create and recreate. On the one hand we need the conceptual form to link our thinking with each other, on the other hand, we need the nonverbal interaction to connect on levels where verbal communication has its limits. The decision to keep the original japanese sound of the video for a largely european public has been of course a deliberate and well considered act, and particularly to cut the subtitles partly has been a precise compositional refinement to intensify the distraction regarding aspects of verbal understanding.

In the context of my research regarding action-theoretical aspects of experimentation I came across a passage in Donald Davidson's text »Agency«, providing a fine supplement to the problems and themes opened up through girl's game:

»When I tie my shoelaces, there is on the one hand the movement of my fingers, and on the other the movement of the laces. But is it possible to separate these events by calling the first, alone, my action?« Donald Davidson, Agency (1971), in: Essays on Actions and Events, New York, Oxford University Press Inc., 2002, p.51

For beautiful correlations regarding the entanglement and structures established by the hands see ball room, 2017.

Beside the philosophical context, the work is also inspired particularly by the subtle beauty of japanese depictions of »cat's cradle«. More generally speaking: beyond the conceptual aspects, the work expresses the beauty and sensuality of two girls, of female hands interacting. The entanglement and ambiguity of this combination – the philosophical and the sensual – is a subtle and sublime, but nonetheless crucial aspect of the composition of the work.

»ayatori / あやとり« stands in japanese for »string game«, generally considered as a »girl's game«.
»kengaku« / あやとり is a genuinely japanese concept and means: »learning through observation«.