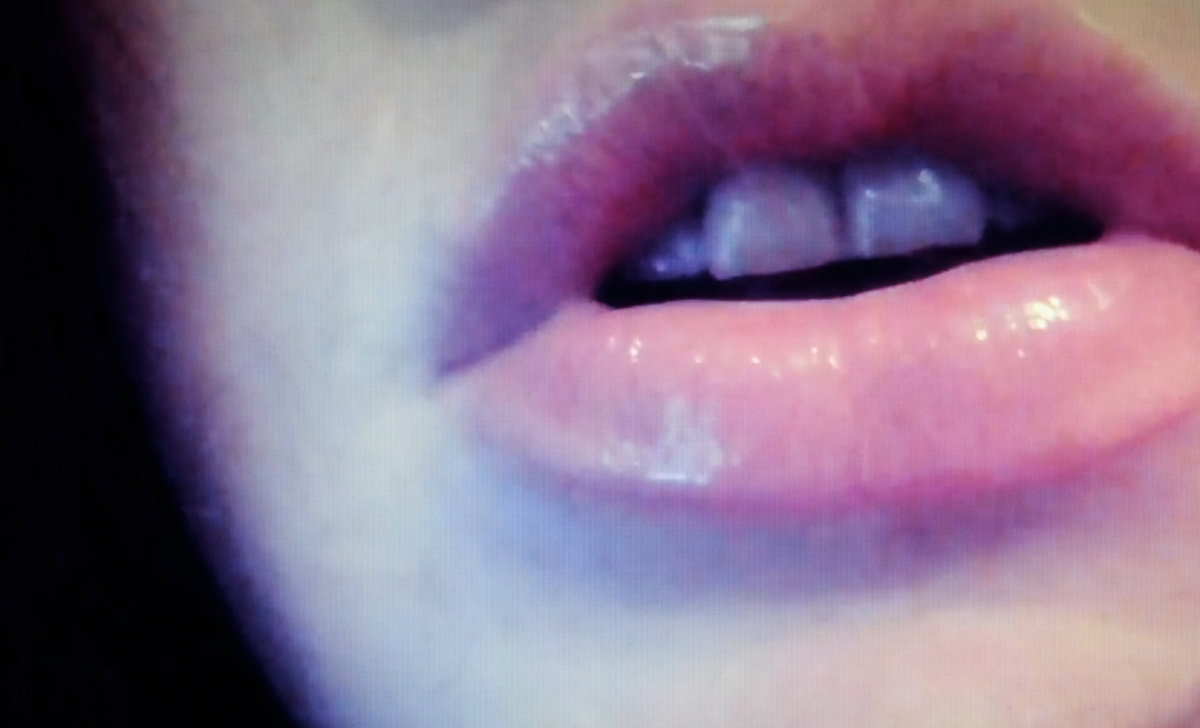 stroke / sirens is an audio-visual composition, increasingly polyphonic and subtly unsettling. An investigation in human conditions, an ambiguous study about reclusion and intimacy, about senses and sensual movement, about media and mythology, using material from the profoundingly strange »asmr« (autonomous sensory meridian response) phenomenon videos around. Ominously alluring, yet mellow and meditative at once, escalating literally towards a countdown. Strangely caressed by soft siren voices, you finally will be left behind lonely in darkness with a whispered, alarming adjudgement: »no, well, you don't know what's good for you, so...« and the seemingly promised words »i would never hurt you« suddenly transform in retrospect into the threat of a siren. Media and mythology blurred in a responsive, sensual way as horripilation unfolds.

Crucial core element of the work is its formal structure, the constant transition between two figures, between »black cube or visage« (see references below for the background of this quote), expressing the tensions between – feigned but felt – intimacy and the dark side of reclusion, embedded in the 5 voice polyphonic composition.

Above: William Etty, the Sirens and Ulysses, 1837

»First you will come to the Sirens who enchant all who come near them. If any one unwarily draws in too close and hears the singing of the Sirens, his wife and children will never welcome him home again, for they sit in a green field and warble him to death with the sweetness of their song. There is a great heap of dead men's bones lying all around, with the flesh still rotting off them.« Homer, The Odyssey, Book XII

stroke / sirens on view at the show »this is so wrong!«, Museumsquartier – Q21 – Electric Avenue, Raum D, Museumsplatz 1, A-1070 Vienna, opening 25th November 2017. Curated by Ehrlich Speiser & González / ephemeral spaces, related as Austrian Embassy to The Wrong, New Digital Art Biennale. See images of the show at the bottom of the page.

»The Wrong just might be (...) the digital world’s answer to La Biennale di Venezia.« Chris Hampton for The New York Times

stroke / sirens on view in Vienna – November till December 2017

A beautiful, yet crucial reference can be drawn from stroke / sirens to one of my first genuin images, the Selbstbildnis, Paris, 1992. Beyond the conceptual levels, investigating images of the self, reclusion and disappearance, particularly the formal correlations are from greatest interest. Both compositions unfold a constant transition between »black cube or visage«. This quote has been made by Georges Didi-Huberman on the verso of the work, Munich, 2004. For more insights see Selbstbildnis.

Reference »separate assignments«
Also related to aspects examined by stroke / sirens is the series »separate assignments«, with braid and re-move make-up. The separate assignments are studies in human movement, based on performances of assignments given to a stranger via webcam. Beyond being basically audio-visual compositions, the series investigates aspects of images, identity and interaction regarding experiences in front of separate screens, expressing the disturbed and disturbing beauty of deficient media and mediated relationships.

Beside these references, the work unfolded during research for another project, looking for examples of the ambiguous meanings of »stroke«: on the one hand to caress, on the other hand to punch. The initial work is still in progress, reserving the straighter title »stroke«.

I've been very moved by Francis Bacon's two figures from the first moment I did see them. From the beginning it has been my plan to do something like this – two persons interacting – someday, of course not as a copy, but in my way. One concrete aspect regarding this plan has been my consideration, that a version with two women in a too close similarity to Bacon's version would always be misunderstood as a too »explicit« work and the underlying and central problems of human interaction and movement would have been clouded by a sensual seduction towards a superficial understanding and misinterpretation. It took me 20 years until my plan unfolded to find a sufficiently subtle solution, after – finally – the human figure has expanded from a ever present, embodied origin (for instance my »walking practice« through paris) but invisible aspect of my work into a central, visible issue since Variations IX. It is a very unusual wish for me to refer to another artist's work so specifically. One reason regarding Bacon might be grounded in the fact that Francis Bacon has been the first artist who fascinated me, and for a quite long time the only (visual) artist. When i have been in paris several times around 1992-1993, walking through the town without a plan for hours, doing my very first works, my photographical studies like figure in movement, during that time I did see a tv documentary about Francis Bacon, and my fascination aroused. My wish to do a homage to Bacon reminds me of a beautiful quote from bacon about the »movements of the mouth«:

Actually, in watch and stroke / sirens the »movements of the mouth« play also a central role, though – deliberately – the whole series is dealing with quite some other aspects as the initial inspiration. What I do like particularly is the subtle affinity between Bacon's »two figures« and stroke / sirens regarding the colors.

Coincidentally, this interview excerpt starts with Bacon's words about the »movements of the mouth«:

stroke / sirens is dedicated to jonCates as a birthday-bow, regarding the beautiful coincidence that this piece has been done at the very day. From tha heart with huggz'n'muggz, to the one and only muggy mugger. Has been even more coincidental, that the piece has been shown exactly one year after the making and Jon has been finally also in the show (what has not been intended or planned from any side before) with his piece »A Noise Monster!« (colab with Jake Elliott), even the pieces have been placed next to each other, see images below.

Related: scan, another selfportrait, done in collaboration with jonCates at ars electronica center, Linz, during our media art (histories) studies.

Recorded at the ars electronica center, Linz. An unsettling visualization of experiencing the possibilities of being scanned. Let it be in terms of governmental observation, or evoking the fear of medical examination, or just in a diffuse subconscious psychological sense. A constant and strange sound accompaigns the scenery like a recorded and alienated heartbeat. scan is part of the series atlas. Colaboration with jonCates, he did the video recording spontaneously (phone camera).