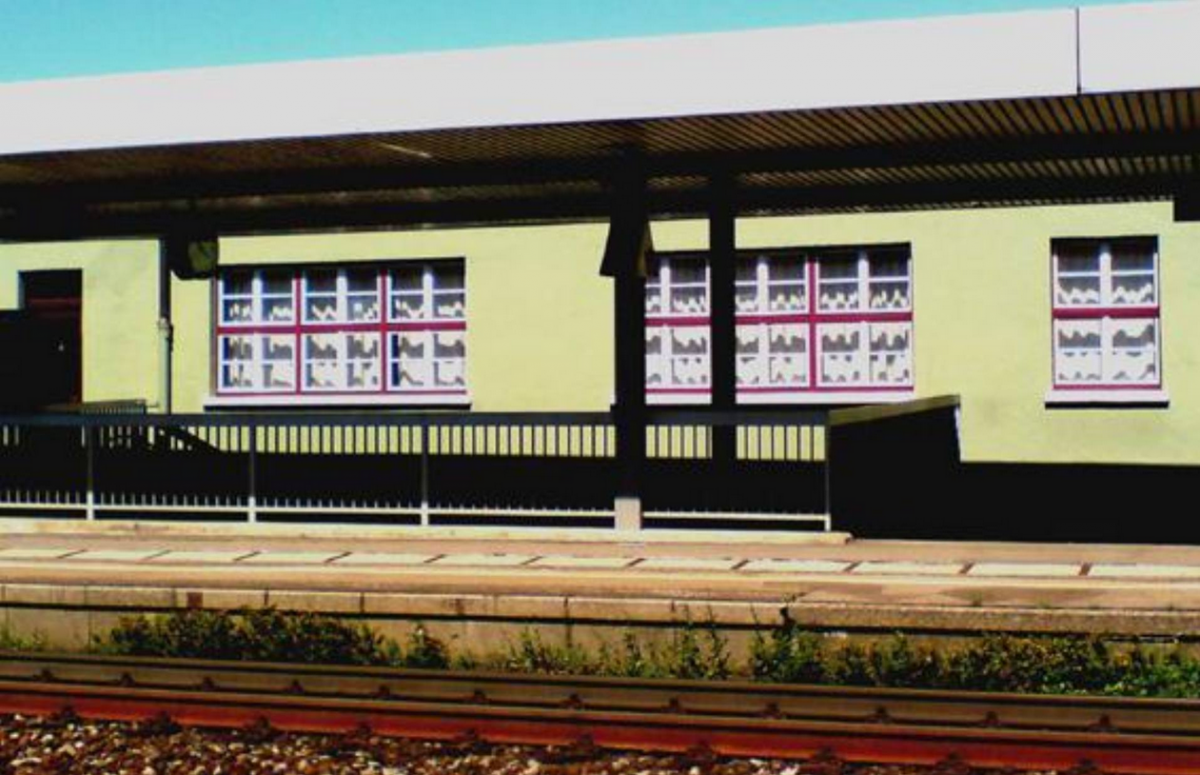 station stands out as an exemplary image within a loosely connected series of works, dealing on the one hand and basically with problems of composition, on the other hand the aspect movement is involved in a characteristical way through an absence of people. See also rue du sabot, raum, and meriggio. station has been present at shows in Berlin (2008), Augsburg (2013), and Munich (2014).