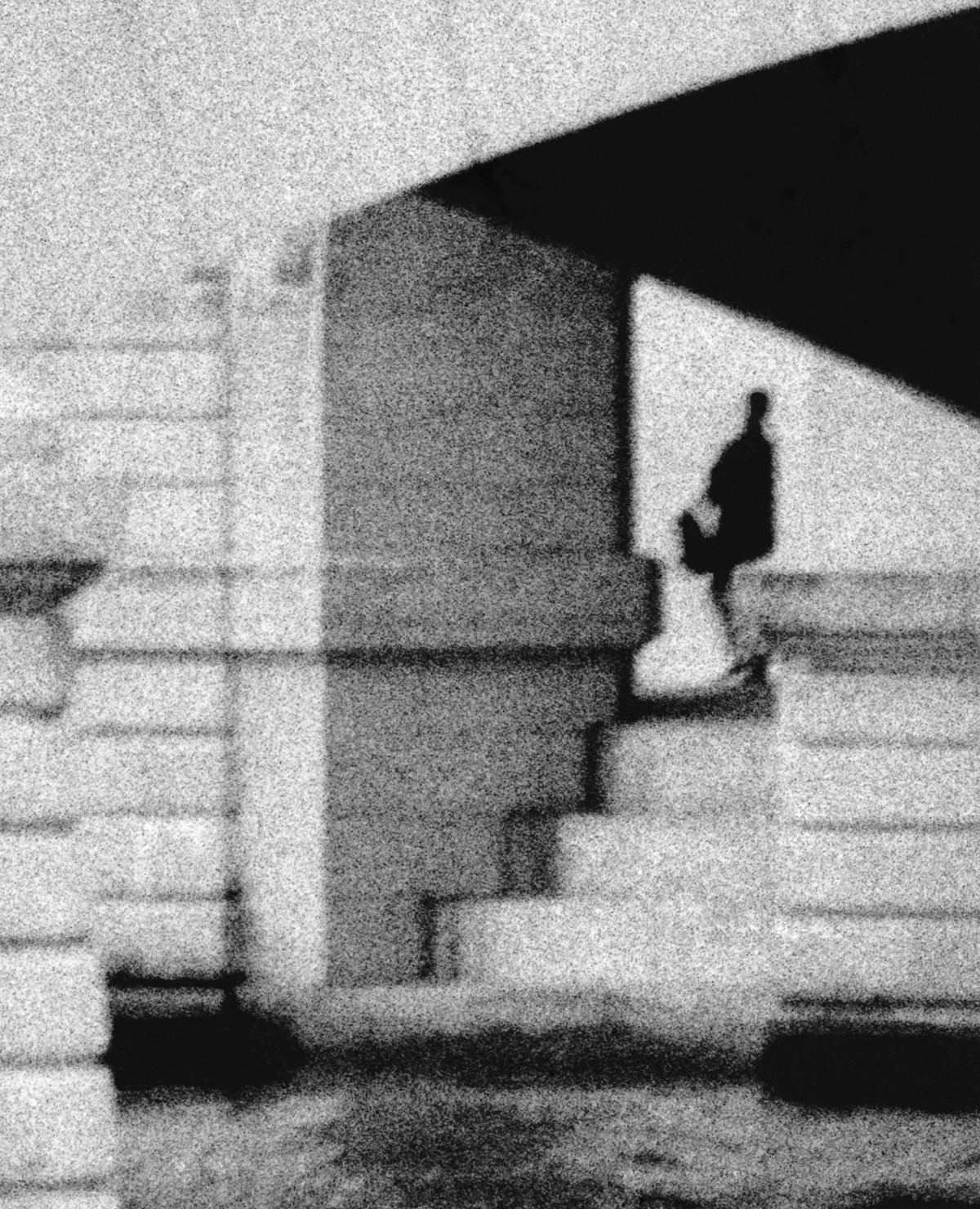 Seminal work – one of my very first photographical compositions, done around 1993 in Paris. I have been several times in Paris at that time, as my girlfriend these days has been an Au-Pair. I have been walking for days and hours through the town, listening to J.S. Bach, doing my first works. At that time, in Paris, i did also discover the work of Francis Bacon and he made me aware of Muybridge – both seminal inspirations for my since then continuously evolving investigations in movement.

This work is particularly important for me, because it is one of the first appearances of the motif of a figure in movement, embedded in compositional structures.

This early investigations in the movement of the human figure have been present always for me and the motif of a »figure(s) in movement« with its various aspects unfolded most elaboratedly through Variations IX, over 20 years later.

For a most recent work in progress regarding the motif of »figures in movement« see ball room, 2017.

The motif of a figure in movement can be observed throughout my work development over several years. The focus changed beside other aspects from quite depersonalized silhouettes (or even an absence of persons, like in station) to individual performances and portraits. A very personal version evolved beautifully 2017 through girl descending a staircase. Beside references (in this direct form rare exceptions) to Muybridge, Duchamp and Gerhard Richter, girl descending a staircase is basically a homage and portrait of my Beloved.

A poem, on my mind regarding walk and my walking practice. One really rare exception, I do normally not relate lyrics and (my) images, I do consider genuine images as no illustrations of words.